Former French President Jacques Chirac and my husband’s Uncle Dennis died within a week of each other. Both had lived long, full lives, one in the spotlight, the other not.

Eulogies about Chirac have evoked images of a slick-haired politician who had his share of enemies, whom he also treated as friends, and of a man who was convicted (but never served time) for fraud. He wasn’t the leader of heroic war years, nor did he leave a name synonymous with some grand social movement. Politically, his greatest accomplishments were keeping France out of the second Gulf War and keeping his right-winged party closer to the centre. Bizarrely, within these commentaries and testimonials, the word kind often came up. He was a kind man. Not just ‘underneath it all’ as they say, but outwardly as well. When he met with friends or the public, he was tactile and engaged. Sympa, as they say in France.

Kind was one of the first words that came to mind after hearing of Uncle Dennis’s death. Of course, talk about him we did and continue to do. When someone is no longer there it’s only natural to want to bring them back to life through reminiscences, or to get used to talking about them in the past tense – a training of the mind, fighting against the loss. I didn’t know Dennis during his working life, and the life of a man who ran a fish and chip shop doesn’t fill the headlines in the way presidents of countries do. Dennis, without any higher degrees, was one of my teachers. Nearly everything I know about gardening I learned from Uncle Dennis. What is more important is that he shared this knowledge not to act the role of the expert, but out of genuine kindness, always in a helpful mode.

In Buddhism, kindness is embedded in the four immeasurables and has its place in the meditation practice of the 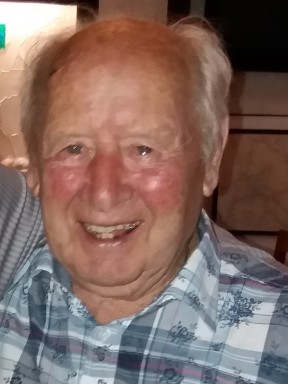 Metta Prayer. These are my ways of tapping into the practice of kindness and trying – with mixed results – to live it. As far as I know, neither President Chirac nor Uncle Dennis practiced Buddhism. Yet, these two starkly different men exemplified one of its leading principles and leave us touched by it.