Has it been only a year since Trump took office? A year since women around the world marched in opposition to this combed-over misogynist? It’s been a news-packed year where one scandalous story rolled into another, making last week’s news feel like last year’s, buried under the rubble.

I’m not going to wax on about Trump. That’s the attention that this toddler wants, but clearly doesn’t deserve. And I don’t think I’m the only one who feels this way. While there’s been ample coverage of Trump’s one year anniversary, it’s not all at centre-stage. In a few of the British and French papers this weekend, Trump’s first year is a page 3 or 4 story. More telling is the lack of editorials and opinion pieces to sum up this chaotic and hate-strewn year. Dateline London on BBC rightly didn’t include Trump’s first year as a topic, instead leaving the panel to discuss the week’s news coming out of Europe and Syria. Trump barely got a mention. 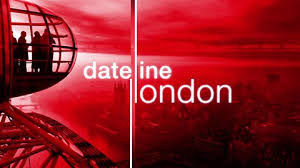 I’d like to think that this is responsible journalism. But I’m also aware of the fact that Trump has become more of America’s problem. Trump’s isolationist policies are starting to take hold and the rest of the world is going on without him – and America.

The more important anniversary this weekend is that of the women’s march. Since that time, it’s clear that a resurgence of feminism – a safe word to use again – has put women’s issues into the headlines. More importantly, this is having a worldwide impact, with growing news coverage of life outside of the West, where injustice and violence against women is rife. And with knowledge comes action. Indeed, forget Trump, these are the real stories that deserve our attention.