In need of some dark comedy? Oynikan Braithwaite’s My Sister, The Serial Killer is, as implied in the title, comic, darkly comic at times. Yet, it’s not just comedy. I see it as dramedy, a character study that explores a sister relationship in a sexist and superficial world.

The narrator, Korede works as a nurse in a hospital in Lagos. She tells us from the start that her stunningly beautiful sister Ayoola is a serial killer. The reader might at first suspect an unreliable narrator faced with Korede’s nonchalance as she sponges up the blood, helping her sister to cover-up her third murder of a boyfriend in ‘self-defence.’ As the story develops, we see the plain but likeable Korede harbouring a crush on Tade, a doctor at the hospital, while Alooya enjoys the attention from social media once her latest boyfriend-victim is assumed to be ‘missing.’ Memories of the other victims mix in with a family saga involving the sisters’ recently deceased father, a brutish man and unfaithful husband. Korede’s dreams of being with Tade are scuppered when Ayoola drops by the hospital, turns heads and effortlessly charms Tade. This love triangle can only go one direction, and the reader fears that once again the gorgeous Ayoola will get away with murder.

Even though the story is set in Nigeria and is authored by a Nigerian writer, for much of my reading I didn’t see it as ‘Nigerian Fiction.’ The story could have taken place in any urban setting in any country. Its themes of sisterhood and womanhood are universal. The characters’ names and references to national food and clothing serve as subtle reminders that we are in Nigeria. One minor exception to this comes from the narrator’s memory of the time a wealthy tribal chief came to the family home with an interest in the beauty named Ayoola. Korede protects her sister and prohibits any possible union between Ayoola and the chief from ever taking place. This mini-story is more of a reflection than a subplot, but does serve as a reminder of the treatment of women in countries like Nigeria. 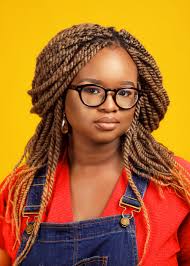 Braithwaite’s novel might not fit into categories used by literary critics to describe Nigerian fiction. It’s not Colonial, Post-Colonial, Liberation or Nationalism, thematic categories filled by Nigerian male writers and known mostly outside of Africa through the works of Chinua Achebe. I’d like to think Braithwaite’s modern story is not so much about being Nigerian as it is about being human, about familial relations and the objectification of women. Such themes have long been accepted in the blindingly white Western canon without the need to label a work by its nationality.