Since the last International Women’s Day, I’ve blogged about, among other things, the historical violence against suffragettes, the exclusion of women from medical studies and the alarming rise in femicide. At the risk of appearing to downplay the plight of women, I’m taking a more positive approach to this year’s holiday, for which no one anywhere gets the day off work.

Last autumn I went to the Royal Academy of Arts in London to see their exhibition on the works of painter Helene Schjerfbeck (1862-1946). Who? Exactly – unless you’re from Finland. Not being from Finland, I hadn’t heard of her until the exhibition came along and received thunderous reviews in the press. The Guardian referred to Schjerfbeck as ‘Finland’s Munch.’ Other papers described her techniques in terms of Frans Hals and Velazquez and mentioned her being influenced by her contemporaries Cezanne and Picasso. All a rather blokey affair.

Yet, Schjerfbeck’s works have also been described as realism and expressionism, as haunting and melancholic and as pensive and intelligent. I went to the exhibition with these gender-neutral descriptors in mind, determined to judge the works devoid of comparisons to the male masters. Here are some examples of the paintings that moved me and made me feel that I had made a worthwhile discovery:

I especially liked the self-portraits made over time, drawing attention to the inevitable changes nature puts us through. 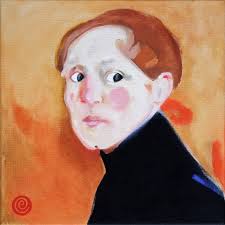 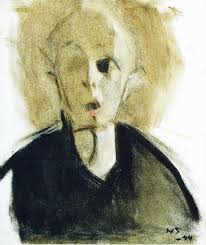 I suppose I could have written about this exhibition closer to the time, but as the weeks and months passed what seemed novel and intriguing simply become less so.  I wonder now if my mind had subconsciously compartmentalize Schjerfbeck’s paintings as being like this man’s and that man’s, and that I was no better than the arts reviewers in the newspapers. Asking myself to unlearn years of exposure to the male masters may have been a tall order. Yet, I’m glad I’m reacquainting myself with Schjerfbeck’s works and for having discovered many more of them online – she lived a long life and was highly prolific.