I’m hoping this blog will purge the song from my head. The original tune by Don Mclean was never a favourite. Like its topic, the life and paintings of Vincent Van Gogh, it’s riddled with clichés and imagery of the ubiquitous works of art. The song was released when I was nine and Van Gogh was already an industry. Like any self-respecting kid, I rebelled against things cross-generational and ultra-popular. I adopted the view that Van Gogh wasn’t such a great painter, but merely the first pop artist, creating his own celebrity as he suffered for his sanity, clipped off his own earlobe and took his own life as lovers often do. 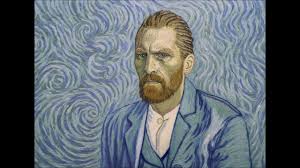 It wasn’t until I visited the Van Gogh Museum in Amsterdam some 25 years later that I felt a genuine admiration for the artist’s work. Yes, of course, Vincent (I think we’re on first names here) is still an industry, arguably an even larger one than he was in my childhood. But he’s not just about starry nights after a day of daffodils that catch the breeze from the painter with a severed ear. There’s the earthiness of his potato eaters and the delicacy of his Japanese-style almond trees that speak volumes for his skill and renderings of life around him and in his imagination (he never went to Japan). I’ve since toured the museum a few more times, searching for the lesser known works and avoiding the gift shop.

The song wouldn’t have lodged in my head had it not been for a reinterpretation by Lianne La Havas which featured at the end of the film Loving Vincent. La Havas’s version is more soulful, slightly less melodic, than Mclean’s. In case you haven’t seen it or heard about it, Loving Vincent (directed by Dorota Kobiela and Hugh Welchman) is an animation using Van Gogh’s paintings for the scenes and characters, including the master himself. It’s the only film of its kind, using 125 artists to hand paint the 65,000 frames. Many of the scenes appear to move slightly as if being painted or repainted before our very eyes – it’s visually hypnotic. This entrancing state is helped by the soft, rhythmic soundtrack (by Clint Mansell) to lift the audience into another world. The only thing holding the film back, as many critics have noted, is the mediocre script that revolves around the artist’s sudden death, suggesting that it wasn’t intentional.

Nevertheless, this melange of paintings, film and music needed to come together for me to remember, Vincent, this world was never meant for one as beautiful as you. (Oh, I wish it would stop). 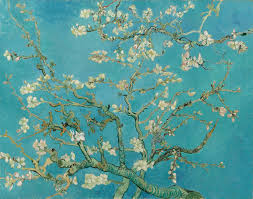