Consider this an un-review. In recent years I’ve surprised myself with a growing number of books that I’ve abandoned before finishing. Sometimes I’m inspired by a film adaptation to read the original story. Such was the case with Twelve Years a Slave, which I thought as a film was an intriguing slave narrative. The book, however, was written as a memoir by Solomon Northup in the mid-1800s. For this modern reader, the prose was too formal and laden with description. Ten pages in, I gave up. But I wasn’t alone. According to Kobo, their e-book of Twelve Years a Slave was left unfinished by over 70% of readers who started it. 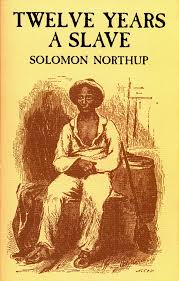 When choosing books, another draw for me has been the shortlists of major prizes, such as The Booker and Bailey’s Prize for Women’s Fiction.  This gave me both Ann Pachett’s Bel Canto and Eleanor Catton’s The Luminaries. With both, the writing and pace held my interest until I was just past the halfway mark.  For me, these applauded books sagged in the middle. Bel Canto, a modern-day hostage drama, took its grip off me when I didn’t care about the characters anymore. Some of the hostages were so two-dimensional I was wishing for their release or death just to have them out of the way. With The Luminaries, the middle lost me when I realised the plotlines and characters were too familiar. Of contemporary fiction, I’ve read many a novel set in Australia or New Zealand in the 19th century.  Like other books of this sub-genre, the focus was on characters, many humorously flawed, seeking their fortunes. Without the laughs, I probably wouldn’t have made it halfway.

Perhaps the most disappointing category of unfinished novels is the shelf inhabited by some of my favourite writers who let me down later in their careers. Annie Proulx’s Barkskins did just that. I thought The Shipping News and Brokeback Mountain were exquisite pieces of writing, with passages and scenes that I still remember years later. Barkskins started out well, but killed off a couple of the main characters too soon. I stayed with it for a while into the next part as it is historically interesting, being about logging and the clearing of forests in French Canada in the 17th and 18th centuries. But grieving for these deceased characters, without replacing them with equally or even more interesting ones, got the best of me and I couldn’t continue.

Are there lessons to be learned from all of this? Just a few. The main one is that the appreciation of writing is highly subjective – something I try to remind myself of every time I get a rejection from a publisher.  The other involves the need to give up. Reading shouldn’t be a competition, even with oneself. Giving up on reading a book is not the same as giving up on writing one, especially if what I’m reading isn’t entertaining or helping me to grow as a person.